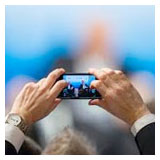 Would a smart phone ban turn off delegates?

Should smart phones and tablets be banned from conferences? A debate is raging among meeting planners over whether smart phones and devices distract audiences. According to a survey revealed during trade show IMEX this year, 40 per cent of respondents agreed that delegates should be banned from using personal devices during conference sessions and meetings. They agreed “Delegates should be told to switch them off and put them away before the meeting starts.”

It is obvious that the urge to check phones and tablets is overwhelming and messages often disrupt discussions, attention spans and trains of thought. But to what extent are these devices a negative influence on meetings and educational sessions and should checking them be forbidden?

Some meeting planners believe in the ‘no device’ policy while others think they can multitask while listening to a speaker in a meeting. However, some experts like Francesca Gino, a professor at Harvard Business School, disagrees: “Multitasking is simply a mythical activity. We can do simple tasks like walking and talking at the same time but the brain can’t handle multitasking.”

Gino adds: “In fact, studies show that a person who is attempting to multitask takes 50 per cent longer to accomplish a task and he or she makes up to 50 per cent more mistakes.”

Carina Bauer, ceo of the IMEX Group commented: “The disruptive and distracting influence of smart phone and device messages on meetings is clearly very powerful but so, too, is the urge and often pressure (perceived or real) to check for and respond to requests and news real-time. The debate is whether to fight devices and their content or accept and even integrate them.

There are a number of apps, such as audience response apps (Sli.do) or even apps that turn your phone into a microphone (crowd mics) that make mobile devices a genuinely useful part of the meeting session or event – when used in the way that the speaker or organiser intends. And in a business context it would be very difficult to implement a ban that sticks.”

According to research commissioned by Warwick Conferences in the UK, the prime reason why delegates are compelled to keep checking their phones is that 81 per cent of respondents had received time-sensitive emails requesting immediate action.

Bauer reasons “Perhaps a more sensible approach is to give delegates space and time within every event to check and respond to important messages, so that they can be fully focused on the content when actually in a session.

Ultimately, the investment of time and money in attending an event should hopefully ensure that delegates want to stay focused on the content as much as they wish to keep up to date with their emails.”

I think smart phones can never be banned because in an age of perpetual connectivity, none of us can afford to disconnect from our workplace and our families. It is imperative that we stay connected.

However, we can turn the ringer off and allow ourselves an occasional peek. 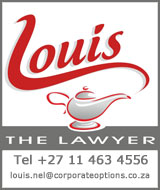